CNC: Making Your Manufacturing Facility Work For You

The Evolution of Barge Unloading – From Human Hands to Automated Giants

Barges and shipping containers carry tons of cargo along waterways everyday. Products have been floated from port to port using barge-like carriers for centuries. Each barge had to be loaded and then unloaded when they reached their port of call.

Here is a short journey from the days when barges were unloaded by hand, to the giant Huletts that took over in the late 19th century, all the way to the self-unloading, automated systems of today.

The earliest use of barges to haul products along waterways was all done by manual labor. Prior to the invention of an engine to power the barges up and down the rivers, there likewise was no machinery yet invented to unload them when they arrived in port. Removing the cargo had to be done by hand.

For many years, slaves almost exclusively performed this job. Bins had to be emptied into wagons that would be hauled by horse across land to their next destination. This was a thankless job that frequently created health issues for the workers. The air quality inside the bins was poor, plus the dust from many of the things hauled in the barge made for dirty conditions.

Late in the 19th century, Ohio native and inventor George Hulett came up with the biggest addition to the world shipping business up to that time. It was a massive crane-like system that could unload the cargo from barges and other shipping compartments.

While the Hulett was especially beneficial to the iron hauling industry, versions of the machine were also made to unload other types of cargo. The Hulett automatic unloader put its giant fingerprint across the shipping industry for a lifetime that spanned nearly a full century. Gradually they have been replaced by self-unloading systems, now with only a few Huletts still in operation at a handful of ports on the Great Lakes.

Very little human labor is used today to unload barges and cargo ships. In fact, most barges and cargo shipping liners have their own unloading systems right on board. Some are installed at major ports, but many are part of the individual transport vessel. Continuous ship unloaders significantly reduce unloading times and are extremely more efficient than previous methods.

From the days of rugged men performing the back breaking labor of unloading canal barges to the massive automated giants in place today, barge unloading has changed to meet the increase in volume. For more information on this subject, talk to a company like Sundbeck Inc. 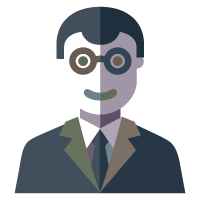 Watching a CNC machine produce a part seemingly on its own was an amazing experience for me. I couldn't believe how automated the whole process was and I had to learn more. That's when I found out about CNC programming. I spent years studying and testing out programs to see how the equipment would respond. The programming is much easier than I ever thought it was, so I knew that I had to show everyone how it worked. This blog will help you understand how you can automate your production line with the help of CNC programming and will show you how you can do it, too.